From sledding accident to Everest Base Camp

From sledding accident to Everest Base Camp

Sam Baynes from London was left fighting for her life in a coma with multiple fractures to her skull, brain damage, a broken back and severe damage to her arm when she sled off the mountain in Austria on New Year’s Eve.

It should become a funny day with friends. Samantha Baynes drove down a slope on her sledge and rolled over. With her head, the 32-year-old hit a tree and then stayed upside down for about two hours. Sam broke several bones, contracted life-threatening injuries to her head and spine and fell into a coma. Doctors gave the trained physiotherapist a chance of survival of only seven percent. At the same time, they informed Sam’s parents and their delight that the once-happy blonde would not recognize her if she even woke up.

The bigger the miracle seemed that Sam defied the doctors. Only eight days after her terrible accident, she opened her eyes – and was mentally unaffected despite the bad injuries.

From learning to walk, talk, eat again Sam now wanted to prove to people that no matter what happens, if you have the right determination and mindset, you can achieve anything.

For her, becoming fit enough to climb mountains initially was something she put her focus on after the accident. It was a goal to aim towards and something to keep her driven to help with the recovery.
Samantha wanted to prove to herself that „I’m still me, strong and capable“.

I had the honor and was allowed to accompany Samantha and the other guys from Adaptive Grand Slam on their trekking into the Everest Base Camp. Therefore I was working for Russell Brice and Himalayan Experience. 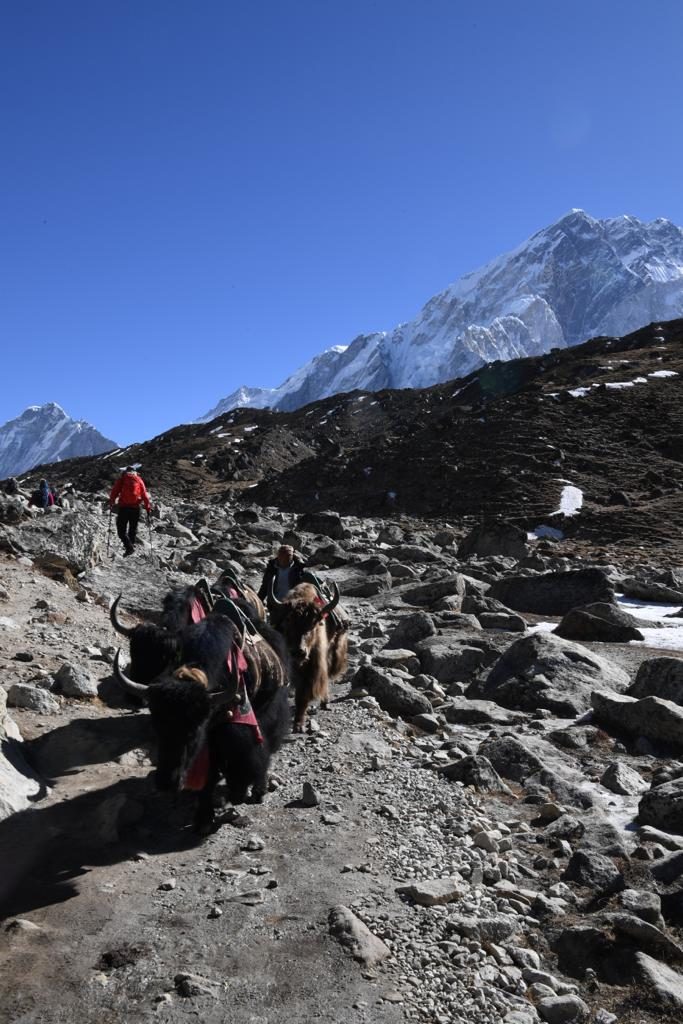 „I plunged 160ft off a cliff…the doctors said they were surprised I was still alive.“